As we make our final selections for the spring issue, we’re excited to announce our summer contest details for 2018! Beginning June 1, contest submissions will be open on Submittable. We’re proud to share our awesome judging line up for 2018:

Leslie Jamison for Nonfiction, Luís Alberto Urrea for Fiction, and Franny Choi for Poetry. See below for bios.

Contest winners in each genre will receive $500 and publication in Issue 38 later this year. Second place will also be published in the issue and receive our standard contributor payment. 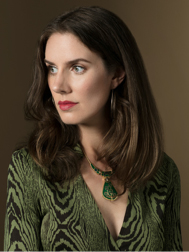 Leslie Jamison was born in Washington DC and grew up in Los Angeles. Since then, she has lived in Iowa, Nicaragua, New Haven, and Brooklyn. Leslie has worked as a baker, an office temp, an innkeeper, a tutor, and a medical actor. Every one of these was a world; they’re still in her. These days she teaches at the Columbia University MFA program, where she directs the nonfiction concentration and leads the Marian House Project.

Her new book, The Recovering, comes out in April 2018. Leslie has also written a novel, The Gin Closet, and a collection of essays, The Empathy Exams. Her work has appeared in places including The New York Times Magazine,  Harper’s, Oxford American, A Public Space, Virginia Quarterly Review, and The Believer. For several years she was also a columnist for the New York Times Book Review. Leslie lives in Brooklyn with her family. 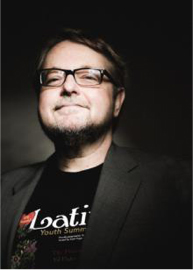 Hailed by NPR as a “literary badass” and a “master storyteller with a rock and roll heart,” Luis Alberto Urrea is a prolific and acclaimed writer who uses his dual-culture life experiences to explore greater themes of love, loss and triumph. Born in Tijuana to a Mexican father and an American mother, Urrea is most recognized as a border writer, though he says, “I am more interested in bridges, not borders.”

Franny Choi is the author of Floating, Brilliant, Gone (Write Bloody Publishing, 2014) and the forthcoming Soft Science (Alice James Books, 2019), as well as a chapbook, 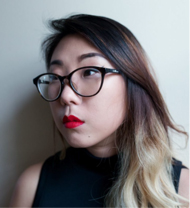 Death by Sex Machine (Sibling Rivalry Press, 2017). She has received fellowships from the Vermont Studio Center, the Rhode Island State Council on the Arts, and the Helen Zell Writers Program. Her poems has appeared in Poetry, American Poetry Review, The New England Review, Indiana Review, and elsewhere. She is a Kundiman fellow, Senior News Editor at Hyphen Magazine, co-host of the podcast VS, and member of the Dark Noise Collective.