Out here in the West, we continue to consume short stories set in New York, chronicling the melodrama of humanity against the all too familiar backdrop of skyscrapers, subways, and large bodies of water. Sure, New York is the quintessential short story city and is perhaps one of the best cities in the world. 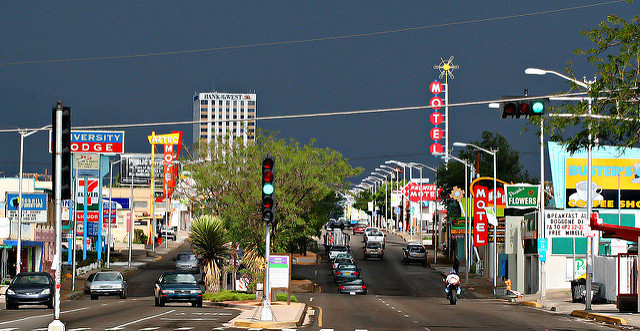 But Albuquerque’s pretty great, too. Let me humbly recommend a new literary world where characters play out their conflicts in the desert, with fewer people, and (yes) unbeatable sunsets. It’s situated in the middle of New Mexico, steeped in all things Southwestern, and could be a new kind of short story city. I’ve taken the liberty to re-imagine a piece of fiction from The New Yorker:  Donald Antrim’s “Another Manhattan.”

NYC: “The bar next door to the restaurant was bleak and depressing, an old men’s dive, and the bar inside the restaurant would be a mob scene of people pushing for tables. She could stand idly flipping through magazines at the newsstand across Broadway. . .”

ABQ: “The bar next door to the restaurant was bleak and depressing, an old children’s psychiatric hospital, and the bar inside the restaurant would be a relatively calm scene of people waiting for their green chile margaritas. She could stand idly by the balcony, overlooking Central Avenue, illuminated by the surreal coral pink sunset. . .” (Seriously, there’s a fancy new place called Hotel Parq Central that was originally a hospital in the 1926 and then was turned into a children’s psychiatric center in the 80s. Can you say spooky and intriguing?)

NYC: “‘There might be a Boucher hanging at the Frick.’”

ABQ: “‘There might be an O’Keefe hanging at the Q-MAH. Or you could just take The Railrunner up to Santa Fe, where all art actually lives.” 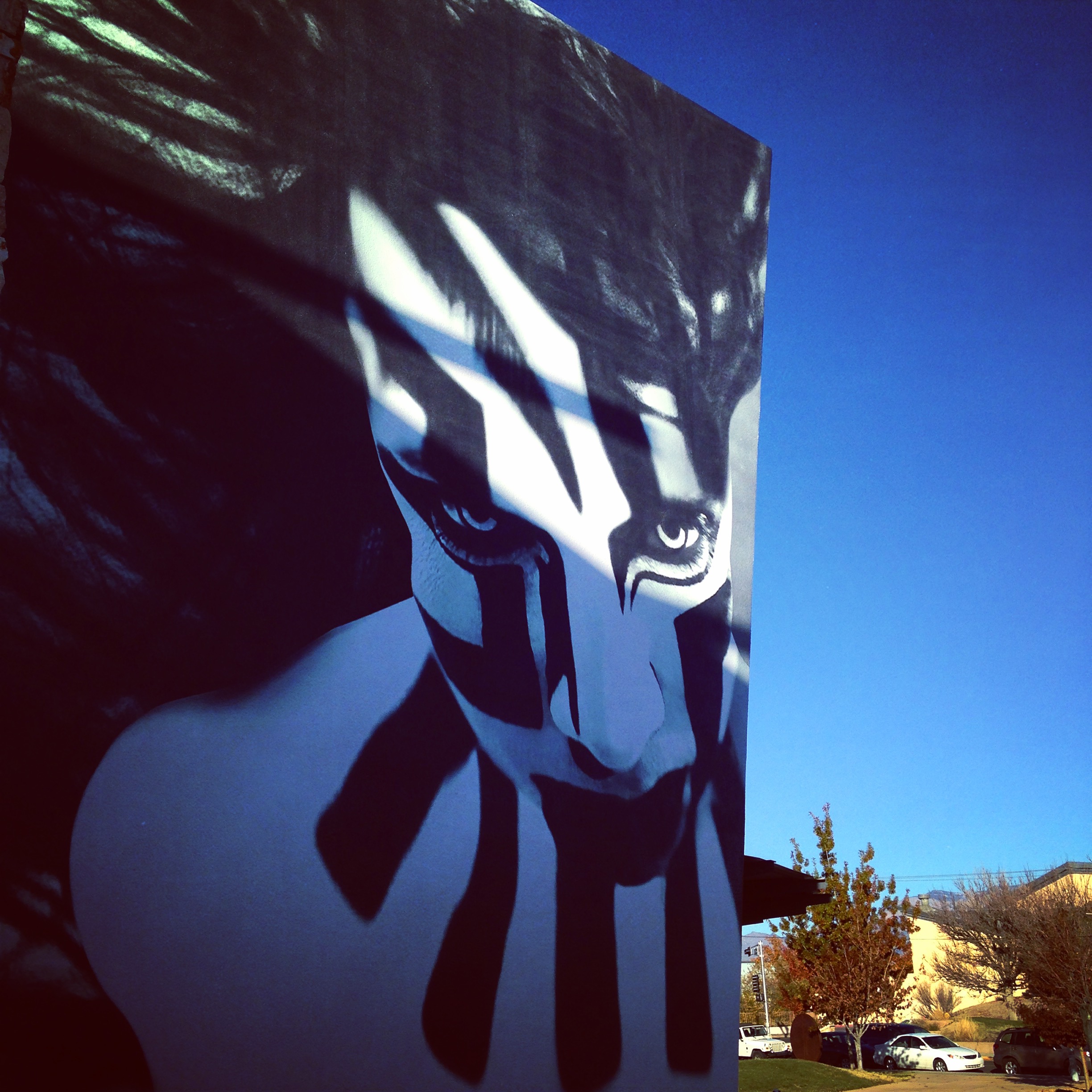 I realize that a sign of a first-class city is that everyone is on a first name basis with the museums: the MOMA, the Met, and what-not. Nobody actually calls the Albuquerque Museum of Art and History “Q-MAH.” In fact, nobody refers to Albuquerque as “The Q.” But maybe once we land in a few literary short stories, we can start a hashtag.

NYC: “He peered from behind the ficus. He was wearing a ridiculous cashmere overcoat, and his suit today was a medium-gray flannel herringbone. It featured, on the jacket, minimal shoulder padding, dual vents, and a graceful, three-rolled-to-two-button stance (his current favorite lapel style), and, on the pants, single reverse pleats and one-and-a-quarter-inch-cuffed trouser legs. Why would a man ever not cuff his trousers? He kept a single jacket-sleeve button open on the left, another open on the right.”

ABQ: “He peered from behind the yucca. He was wearing a ridiculous cactus-patterned short sleeve, and his suit today was completed with a pair of shorts. It featured, on the front belt loop, mirrored aviators, not Ray Bans, because they would be stolen if left in the car. Why would a man ever wear pants in this sunny city?”

NYC: “Had you been walking downtown on Broadway that February night at a little past eight, you might have seen a man hurrying toward you with a great concrescence of blooms. You might have noticed that he did not even pause for traffic signals, but charged across streets against the lights.”

ABQ: “Had you been walking downtown on Central Avenue that February night at a little past eight, you might have seen a white woman decked out in turquoise jewelry and red chile earrings, hurrying past you with a great sense of awe and wonder as she recognized Burt’s Tiki Lounge from Breaking Bad. You might have noticed that she did not pause for traffic signals, but charged across the streets against the lights, easing into normal Burqueño jaywalking habits.”

Some stories are made for NYC. But many others can only be told in the ‘Querque.

Alice Yang is an undergraduate staff reader for the Blue Mesa Review. Born and raised in Albuquerque, she studies English and Psychology at UNM.

More of Alice’s work can be found at https://archstellagecollection.wordpress.com/